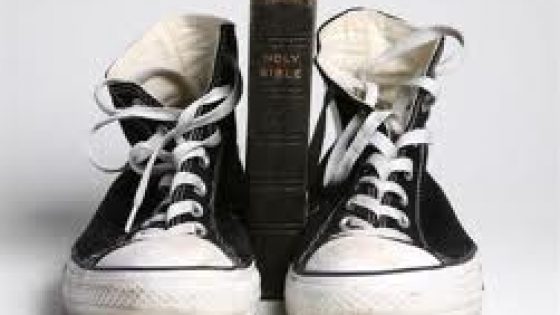 The words used in a language, by a person or group of people; the vocabulary of a person, movement, or branch of knowledge.

As a young boy, I had dreams about changing the world and I could imagine bringing to life a society that has been lulled into slumber. But I had no concept of where to begin. As a child, I grew up in church but I was never taught about reforming anything but my own life. I grew up believing that the only way you could really serve God was either through becoming a missionary or being a pastor. People in the church would recognize God’s call on my life (before I even knew what a “call” was) and proclaim over me “Young man; God has called you to be a pastor.”

It has taken a lot of time, testing and tears for me to realize that being a “pastor” is definitely not my primary calling! But I was willing to put my own desires on the altar and be miserable as a pastor if that was what God wanted for me to do, because I didn’t even have a framework for the majority of what I have learned over the past few years. Christ for The Nations Institute became the catalyst in the greatest paradigm shift that I have personally experienced (so far) because it was here that God began to give me the lexicon and the dictionary for what I was feeling inside.

I can even remember the day when I realized that I could still serve God in a “secular” profession such as business, law or journalism. I was in my second semester at CFNI and it was the first time I had ever heard a man named Lance Wallnau speak. He shared about the seven “mountains” that shape culture and that Christians can – and should – influence the marketplace.

As he spoke, I was awakened to a whole new world! I could actually envision serving the Lord – and enjoying it! Since then, I have been on the journey of discovering the lexicon of my personal liberation from bondage in many forms. Mindsets, old wine-skins and paradigms have been permanently altered as I have begun to trust and seek The Lord for revelation and wisdom concerning my future path.

I have been on the journey of discovering the lexicon of my personal liberation from bondage in many forms. Mindsets, old wine-skins and paradigms have been permanently altered as I have begun to trust and seek The Lord for revelation and wisdom concerning my future path.

Over the past few months, I have found so much freedom to be who God made me to be. It has been so encouraging to learn that I am not the only one in my generation who has felt the call of God, and not been able to adequately describe or express it. I have begun to learn explanations and boundaries for “that thing” which for so long was left undefined.

With this newfound freedom, I am being continually equipped to not only find personal liberty, but to liberate nations with the power of the Gospel! I am gaining Kingdom awareness, and I can’t wait to see what else The Lord will do in the coming months and years!

Every day I am awestruck with the opportunities that I have, I have received clarity of purpose, increase of impartation and refinement of gifting beyond my wildest dreams, and the best is yet to come!

I used to think that I had to be a pastor or missionary in order to make a difference in God’s Kingdom, but now I know that this is not the case. I can take my God-given talents and giftings into the marketplace, and impact the multitudes through journalism, business and education. But I want to clarify something, I don’t believe that being a pastor or missionary is a bad thing.

I have a lot of respect for pastors and missionaries and I believe that they are vital to the Ekklesia. I just don’t believe that I am called to function in those roles as my primary assignment. A few years ago I would have never spoken those words. I would have been ashamed and felt like I was “letting God down”. But over the past year, I have found great freedom in this area. I no longer feel like I am throwing away my gifts, in fact I have never felt more fulfilled!

As God has continued to open doors for me to develop my writing gift, I have been living all three of the steps that indicate I am “called” to do something. Because writing is something that I deeply enjoy, God has given me the capacity to do it, and others are beginning to bear witness to it. These three steps alone have been worth the price of admission because God has used them to unlock a creative flow in my life that is unlike anything I have previously experienced.

I have gained a revelation of my identity and the equipment necessary to bring awakening, reformation and transformation to hearts, cities and nations; I guess that you could say that my pen has become my pulpit and a launching pad into my destiny.

I also want to encourage you, if I can discover all of this and apply it to my own life, so can you!

I also want to encourage you, if I can discover all of this and apply it to my own life, so can you! If you have a burning desire to transform culture as a schoolteacher, go for it! If you are artistic, and you dream about creating the next sci-fi sensation, or recording the first album in a brand new genre, then shoot for the moon!

God created us all with unique talents, giftings and desires, and it pleases Him when we express them in a way that brings Him glory! So take some time this week, get alone with God and ask Him to reveal to you the terms that define your destiny with distinction. You won’t regret it!!