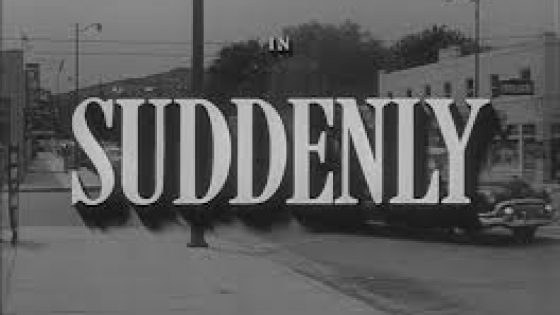 If I could summarize the last year of my life using only one word, I would probably use the word “suddenly.” However, there are a few other contenders; such as “upheaval,” “transition,” “whirlwind,” “struggle,” “desolate,” and of course I can’t forget my personal “favorite;” “hellish.” Yep. I just said it. Hellish. (If you don’t believe me, feel free to check out my three-part series called “The Benefit of Darkness, located here, here, and here!“)

But all joking aside, I really would choose the word SUDDENLY. Merriam Webster’s dictionary defines suddenly as:

So, yes, suddenly it is. I have experienced a pretty wide spectrum of “suddenlies” in the past year; and some of them were great! Some of them … not so much. It’s amazing how one seemingly simple word can either wreak havoc or bring untold excitement and anticipation.

For example, At the beginning of my final semester of classes, I SUDDENLY injured my hand, which severely affected everything I did, and still does to some extent. I fully expected to be working for my Alma mater directly after graduation. Everything was set in place, and I was poised to have a full-time job with benefits and an apartment! But SUDDENLY the day before my graduation ceremony, it all fell apart. Down to the last detail.

I was SUDDENLY homeless just four days after graduation. My brutal descent into depression and hopelessness then happened quite SUDDENLY. My vision was lost, and SUDDENLY I was contemplating ways to permanently end my spiritual struggle and emotional suffering.

That being said, I have also experienced many wonderful yet unexpected suddenlies. During my visit home over the summer, I SUDDENLY had an opportunity to restore a precious relationship with my aunt, which was abruptly severed, due to grief stemming from the death of my uncle. We hadn’t really had a quality conversation for 10 years, but she was ready SUDDENLY! I was able to travel back to Dallas to remove my things from storage, and SUDDENLY find the closure that I so desperately craved; which empowered me to SUDDENLY step into the next season with no regrets or thoughts about what could have been.

I SUDDENLY was given a brand new flat-screen TV, and a brand new tablet. And, to top it all off, I SUDDENLY found a full-time job, with great hours, great coworkers, and great pay right here, in my hometown! (Which SUDDENLY led to me having a lot less time to regularly update Conquering Kingdoms!)

The main reason that I chose to summarize my last season with suddenly (beyond the purposeful use of alliteration found in the above sentence) is because God has been teaching me how to be intentional in everything that I do. He has been so gracious and faithful to lead, guide, and carry me through the heartaches and letdowns, and “Divine Detours;” while energizing and rejoicing with me on the mountaintops!

There is an old Latin phrase,”Carpe diem,” which is often translated “Seize the day!” Throughout the past year, I have slightly modified it, and the revision has quickly become one of my life mottos. Carpe Subito. It means, “Seize the Suddenly!” Subito is a musical term, which is generally used to denote a sudden change in dynamics or volume. Carpe Subito!

This week, take some time to consider the choices that led you to your present set of circumstances. What types of suddenlies have you experienced recently? Were they good? Bad? A mixture of both?

Whatever your circumstances are, let me encourage you today: Take some time to seize the suddenlies in your own life! I’m not endorsing dangerous or foolish risk-taking, nor am I in favor of making major life decisions in a sudden manner; without prayer and the wise counsel of those you trust.

Take the time to Seize the Suddenlies of God in your life. A wise man once said that “Sometimes the opportunity of a lifetime can only be seized during the lifetime of the opportunity!” Don’t miss out on what God is doing in the earth through us, His Church! Instead, take up the standard and press forward against every principality and petty kingdom that stands in between you and your destiny.